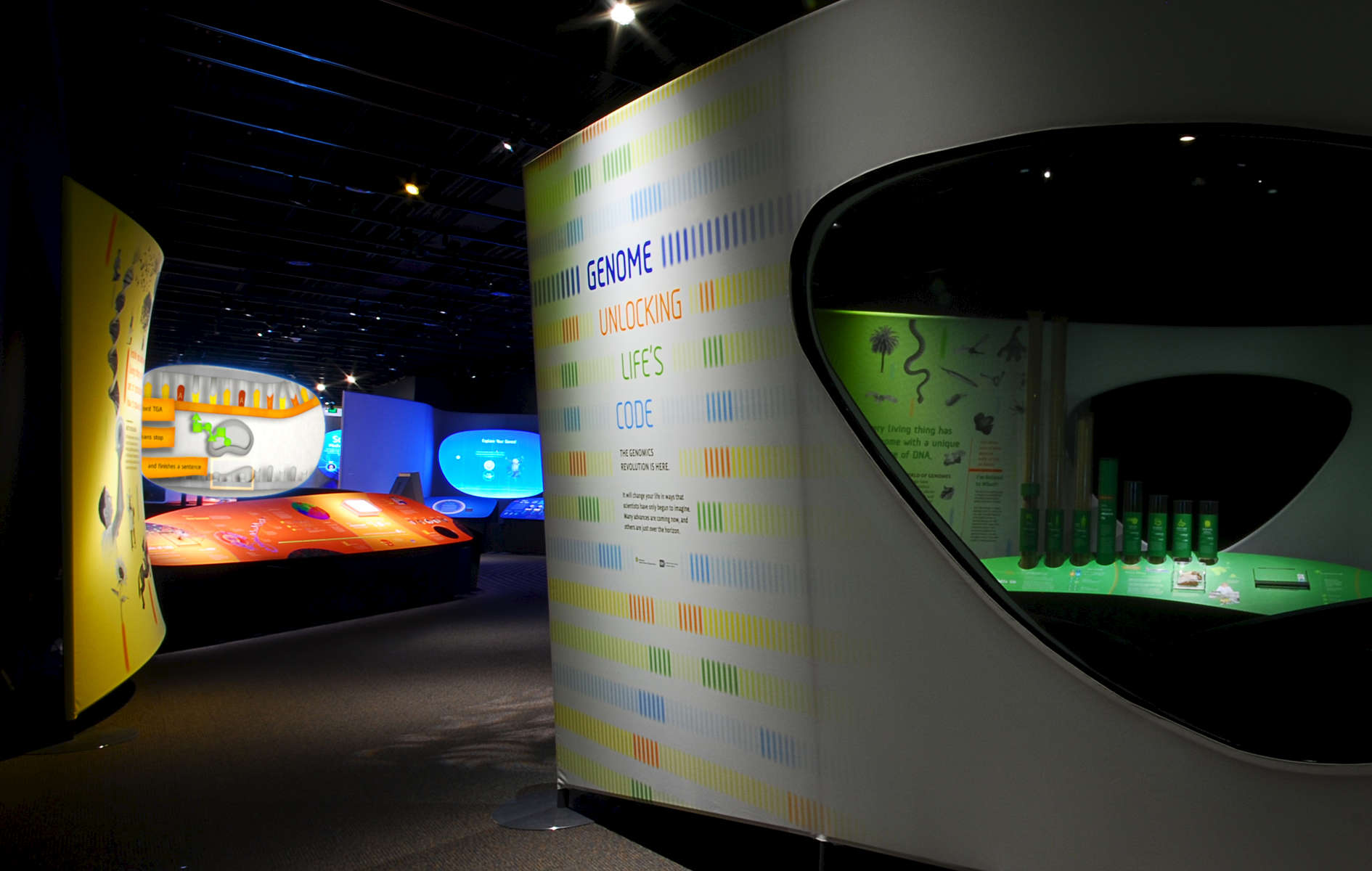 Smithsonian Institution opened a new gallery at the National Museum of Natural History to commemorate the 60th anniversary of the discovery of the structure of DNA. Sanan Media created the introduction film, a fun-filled crash course on the basics of DNA and genomics.

Working with leading scientists at the National Human Genome Research Institute, taking a novel cut-paper graphic approach, foregoing traditional narration for great music, it was possible to create an intuitive experience that offers visitors a glimpse into the complex world of genomics.

Serving as an introductory and orientation piece for visitors, the film is shown on two screens that form the core of the gallery. Exhibit design is by Evidence Design, fabrication is by Design & Production. Photographs of the installation are by Evidence Design.